10 interesting things and rules you should know about Japan

10 interesting things and rules you should know about Japan

If you haven’t been to Japan yet, visit of this country might be a little bit shock for you. For us trip to Japan was pleasant shock whick started already at the airport. Some things work in a different way than we are used to in Europe. We selected 10 interesting things and rules you should know about Japan that might be helpful when traveling around this amazing country 🙂 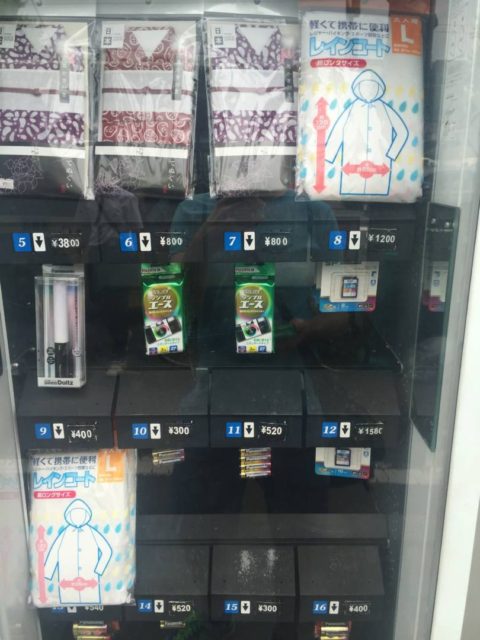 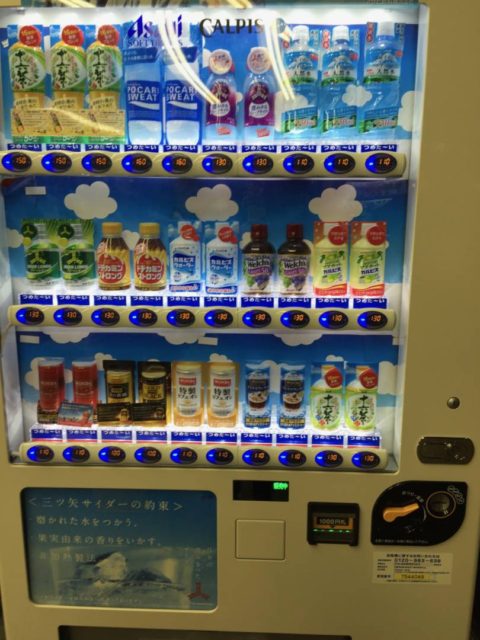 The most common are those vending machines that sell water, coffee, tea and various sweet drinks

Japan is an island country. Major part of Japan is mountainous. Cities are crowded and space is scarce. The offer of hotel rooms were quite surprisive for us when we tried to book accomodation. Available rooms were small sized, mainly from 8m2 to 13m2. To find a room with larger size and for reasonable money you have to look carefully. Remember, in Japan hourly hotels are quite common. If you book such hotel as a solo traveler don’t be surprised if receptionist laughs at you a little 🙂

3. Money withdrawal from ATMs in Japan

There are almost no classic money exchange offices (as we know them from countries like Croatia, Thailand, Indonesia and so on) in Japan. You rarely find one. If ever. Change your money in bank. Banks usually have separate counter for money exchange.

If you are worried how to order a meal in restaurant, you don’t have to. Numerous restaurants in Japan (mainly in big cities like Tokio, Osaka or Kyoto) have machine with pictures of meals. You can simply choose meal you like according to the picture. Sometimes trial-error system 🙂 Insert coins, press the button with food and take ticket. Hand over the ticket to the waiter/waitress and wait for your meal. And the problem with communication and waiting for your bill exist no more. 🙂 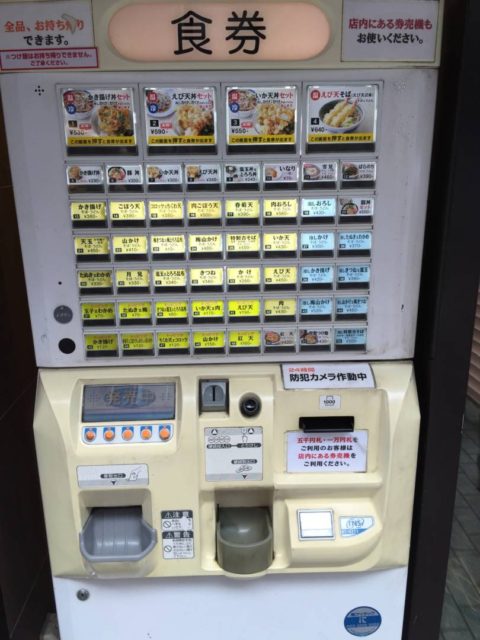 At the entrance to some of the restaurants you will find these type of machine through which you can to order a meal. We used such machine on several occasions. At least you don’t have to wait for the bill 🙂

In South Korea you use in restaurants metal chopsticks. In Japanese restaurants you will be eating with wooden chopsticks. When dining in foreign country you should follow certain etiquette. In Japan, never leave your chopsticks stuck upright in the rice y. It’s taboo here. Why? Such stuck chopsticks symbolise funeral in Japanese culture.  Japanese believe that this brings bad luck.

Another interesting thing will make travelers happy.  You don’t leave a tip in Japan. People don’t even expect them. If you leave even just 1 YEN the salesman may run out of the store just to give you that 1 YEN  back 🙂 Leaving tips is not decent in Japanese culture. Some Japanese may find it even disrespectful or insult.

Toilet is perphaps the only place were people have some privacy in Japan. So Japanese made amazing toilet seats. In hotels and often on public restrooms each toilet is equipped with seat control. This seat control has various functions. 🙂 You can turn on the heating or use minishower. 🙂 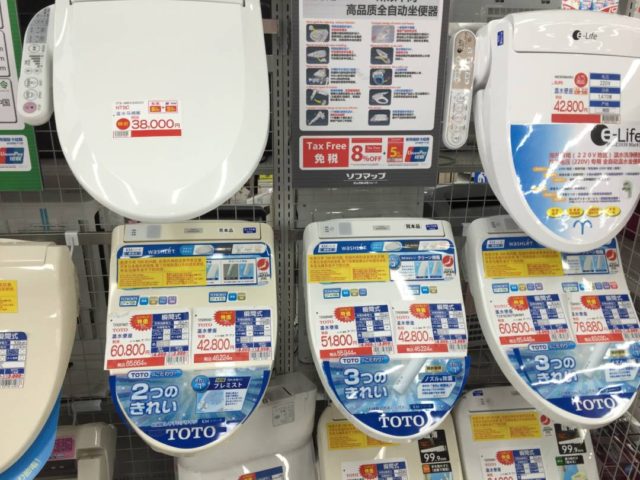 Entertainment game rooms are another place where Japanese people spend their time and money. Some of them spend the whole night here just to continue straight to work in the morning.  We couldn’t resist and tried to pick a Pikachu from the machine 😀 We liked the photo booth the most. You take pictures in the booth and adjust them with effects. And thus you have nice souvenir from Japan 🙂 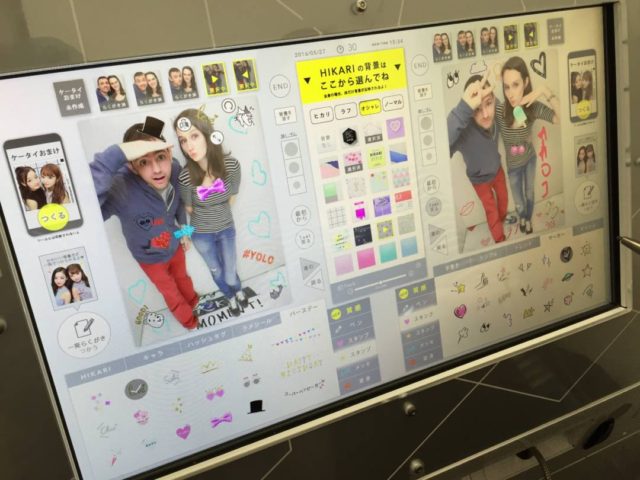 We loved these photo booths 🙂 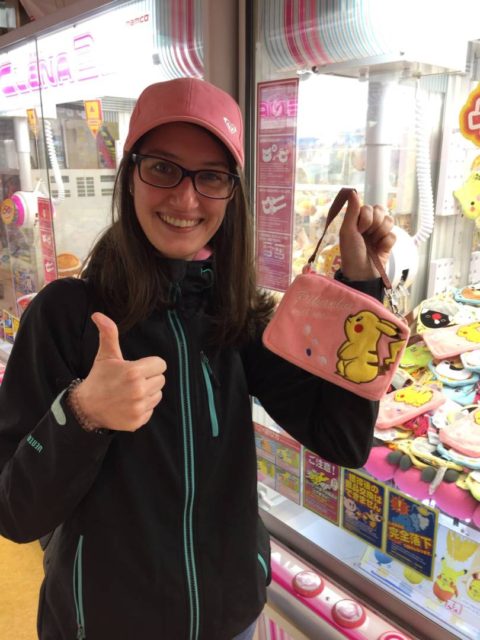 10. When entering subway, train or bus get in the line

Marked lines on the subway and train platforms show you how to stand in the line. Japanese obey these lines. As tourists and visitors we should follow the old saying: “When in Rome, do as Romans do.” So don’t outrun anybody and wait for your turn 🙂 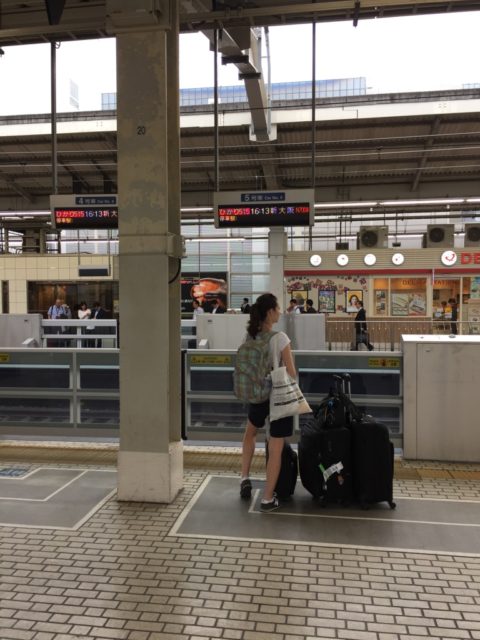 Lines on the platform

We encourage you to give us in comment your observations from your Japan travels. It might help someone.