Barbed fence with sharp razors is everywhere. Our bus has just passed several concrete barriers until it stopped before the bridge over the Imjin river. Suddenly everyone stopped taking pictures and put down their phones. Korean soldier entered the bus and told something to the visitors. We there will be a passport control. Now we can enter the DMZ in South Korea!

What is DMZ, South Korea?

DMZ or in full the demilitarized zone is a strip of land that splits the Korean peninsula between North Korea and South Korea. This land between two rival countries was determined after agreement between North Korea, China and United Nations in the year 1953. With its 248 km length and about 4 kilometers width it creates border barrier between these countries. Contrary to its name, it is the most heavily militarized border between two countries in the world. From time to time shooting incidents happen in this area.

Our Korean friends advised us not to go to DMZ. They said that DMZ is a very scary and dangerous place. Despite these good advices DMZ was on our list of places that we wanted to visit while we were in Seoul, South Korea. So we decided to go.

Tickets to DMZ in South Korea

We bought two tickets at the information centre in Imjingak, South Korea. The tour will last almost 3 hours with several stops. Dorasan station, Dora observatory and 3rd tunnel are on the list. Tickets for this tour cost really reasonable price. Only 12.200 KRW (which is around 9,70 EUR). Again we realized how affordable are these tours and admissions in South Korea. 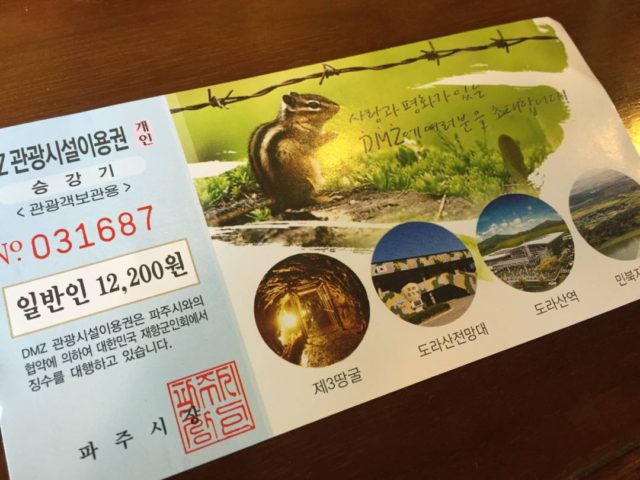 With tickets in our pockets we had to wait one hour for tour bus. The bus will collect tourist near the information centre.

Few minutes after the bus departure we occurred in front of heavily guarded bridge. It was the bridge crossing the river Imjin and the entrance to the DMZ. After passport control moved forward. The bus drives from left side of the bridge to the right side and then back to the left side. Every couple of meters there were huge concrete and metal barriers.

Our first stop on the tour was the Dorasan station. It is the last station of DMZ train and the last station before the North Korea. We took couple of pictures and then entered the station hall. The building was  modern and looked like new. With no trains to arrive we perceived this station as abandoned and rarely used. All people from the bus ended in one small souvenir shop. 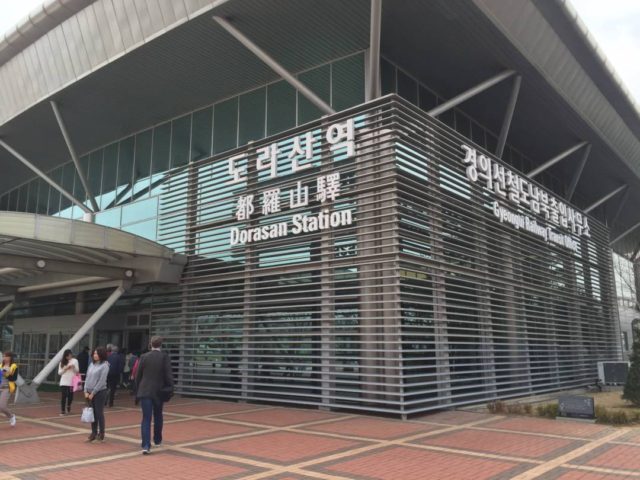 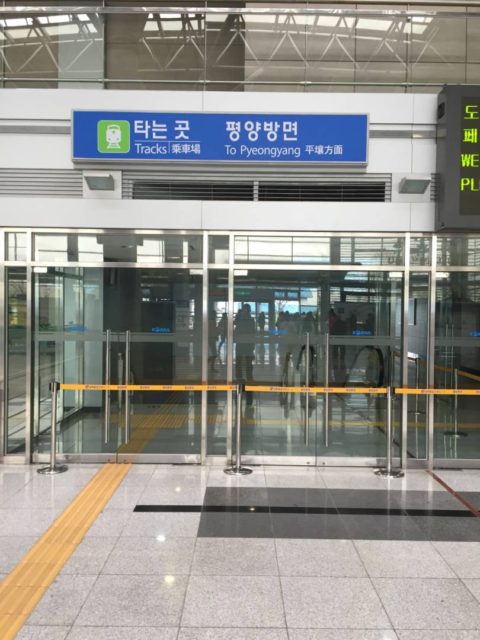 The bus then continued on its journey. The soldiers were on guard almost everywhere. Suddenly the bus climbed to the very steep hill. At that moment we were afraid if it can make it to the top 🙂 Next stop on our tour is the Dora observatory. For couple of wons put in a paid binocular we see as far as to the land of North Korea. Although it  is quite foggy we recognize North Korean flag on a 4th largest flagpole in the world. 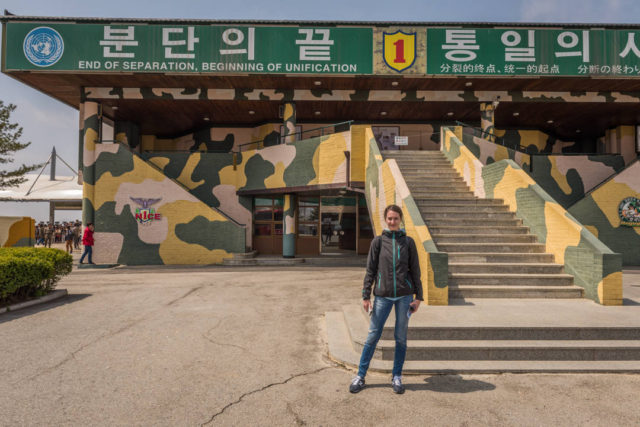 The third stop on our tour was the 3rd Infiltration Tunnel. South Korea discovered from 1974 until now four invasion tunnels. This tunnel was discovered in October 1978. It’s more than 1,600 meter long and almost 2 meters high and wide. It runs at the depth of 73 meters. 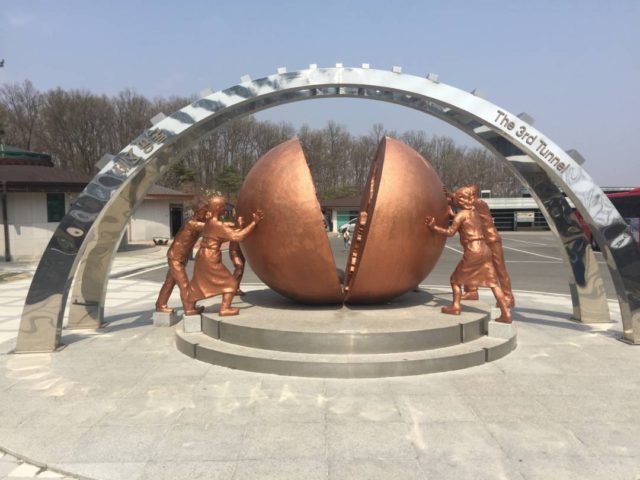 Before you enter this tunnel you have to leave your phone and camera in the lockers. There is also a metal detector you should pass through. No photos are allowed to take in the 3rd Infiltration Tunnel.

When South Korea discovered this tunnel, North Korea declared that it was a coal mine. To support this they colored the walls with black paint 🙂

We entered the tunnel by a small rail. It took us down to the underground. The 3rd Infiltration Tunnel is now blocked with barriers. You can walk part of the tunnel at around 200 meters length. 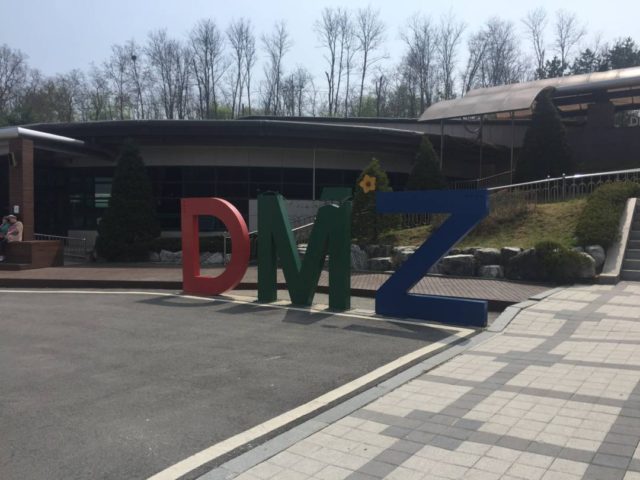 The bus then continued two more stops. We stayed half an hour in Tongilchon village museum where we saw information and remnants of war. Also you can see and read here information about flora and fauna of this area.

End of the tour in Imjingak

Our tour ended where we started in Imjingak. When we got back to Imjingak we heard shooting at least one minute long. Looking at each other in surprise. What is that? Is it some kind of practice shooting or incident between two rival countries? It’s time to go back to Seoul. But first of all we have to learn how we are going to get to the Munsan station before we get back to Seoul.  There are no taxis on the whole huge parking in Imjingak 🙂