Home/Imjingak, last village before DMZ in South Korea
Previous Next

Away from the capital of South Korea 54 kilometers, Imjingak is the last village before the well-known area called the DMZ or in other words demilitarized zone. In this village you can still see on your own eyes remnants of Korean war more than 60 years old. Read useful information from our trip to this interesting site.

How can you get to Imjingak?

You can visit get here by DMZ train that takes you from Seoul station as far as the Dorasan station. Dorasan station locates already in the DMZ itself. However Imjingak station is the last stop before the DMZ. DMZ train runs only once a day during working days and twice a day on weekends. If you miss this DMZ train you can get there as we did 🙂

Since we didn’t catch the DMZ train we are traveling by commuter train – Gyeongui line. This line starts also from Seoul station. There are however more stops in Seoul where you can get on it. We get on the line in Hongik university station. This line operates only to Munsan station in Paju region. It takes more than 1 hour to get here. The Gyeongui line has so many stops that we have stopped counting the at 20th stop 🙂 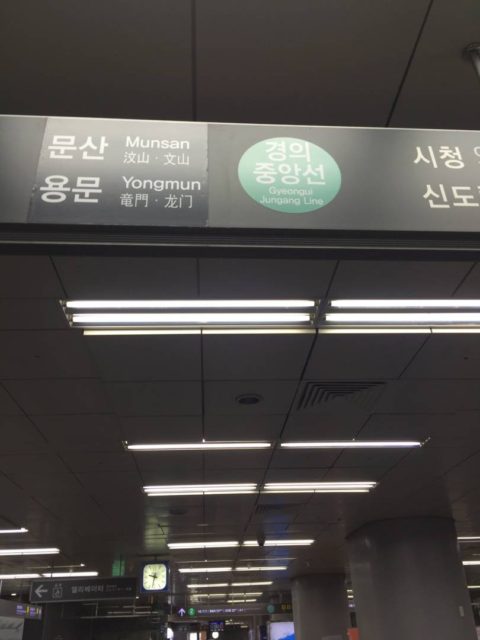 Finally, we are in Munsan station heading to the ticket office to ask about the timetable of the train which will take us to Imjingak. Unfortunately, man behind the ticket counter told us that no trains depart to Imjingak today. Therefore we have to leave the warmth of the station and go outside to cold and windy weather in search of a bus stop. The bus stop is not far from the train station. The bus is supposed to leave in one hour. We cannot wait that long. There is a taxi stand near the bus stop. We are asking the taxi driver if she could take us to Imjingak: “Sure. Please, sit.”.

What to do in Imjingak

It takes around 15 minutes to get to Imjingak from Munsan station. If you decide to take a taxi, make sure that it will take as far as the huge parking place. It is quite far to walk here from train station.

In the last village from DMZ only barbed fence separates us from DMZ. This fence reminds us that we are close to the border to North Korea. 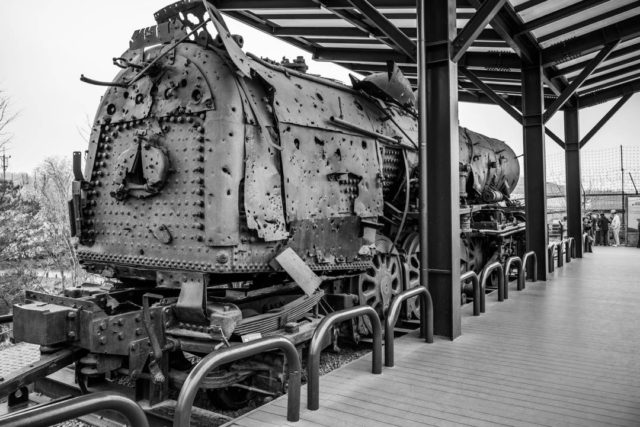 Locomotive as remnant of Korean war

Imjingak lies near the Imjin river. You can still see remnants of war here. Damaged old bridge and newly built bridge to DMZ. Heavily damaged armored locomotive. And of course barbed fence stretching as far as you can see. 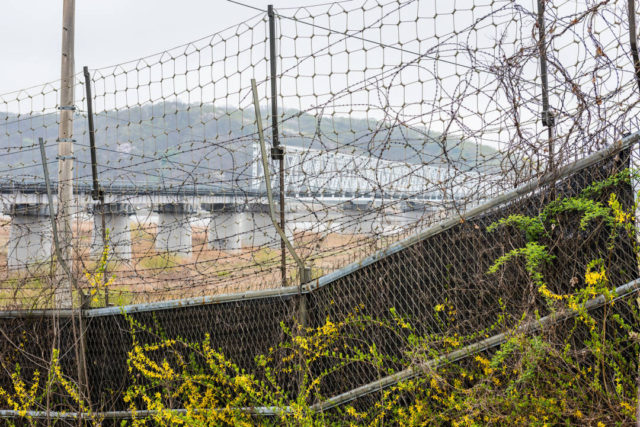 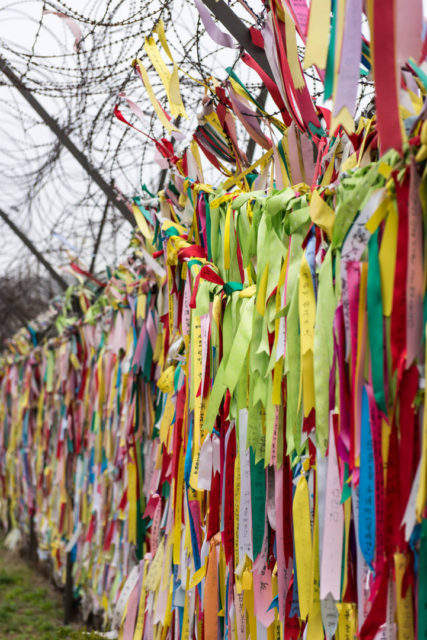 Colorful ribbons attached to the fence 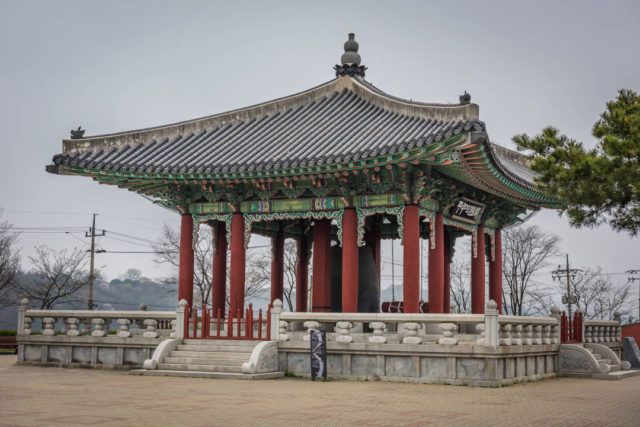 The bell of peace in Imjingak

You will immediately notice that Imjingak is really a tourist spot. Carousels are built here. Modern building with observation deck on its roof. In this building you can find several gift shops, shopping store (where you can buy food and drinks) and also fast food. 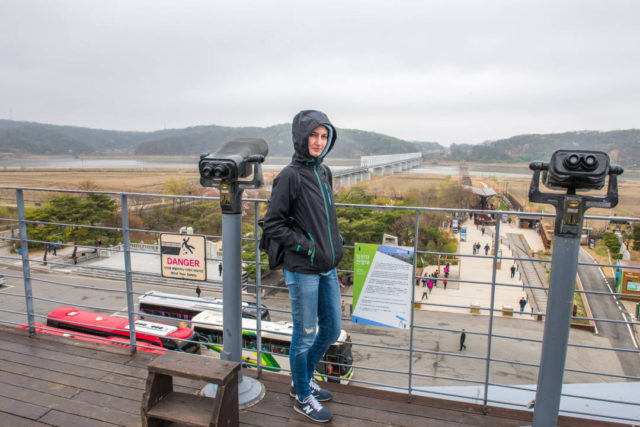 On the roof of the building 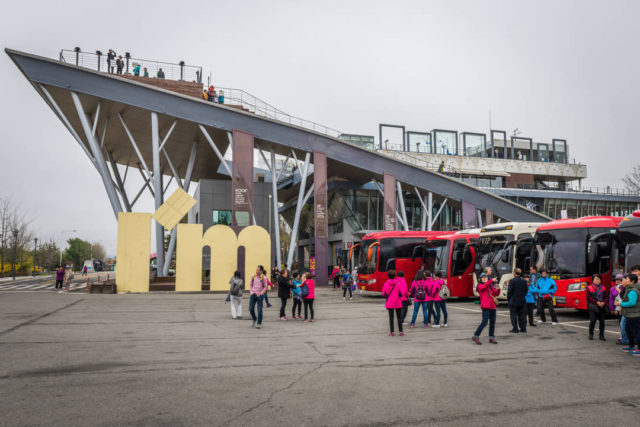 Building with observation deck on the roof

You can get from Imjingak to DMZ on an organized trip. We decided to buy tickets at the information centre. The trip will take 3 hours and we will see Dorasan train station, 3rd infiltration tunnel, Dora observatory and Tongilchon Village Museum. More on this in our next blog 🙂