Home/TOP 10 travel experience in 2016
Previous Next

At the end of the year 2016 we looked back to summarize and recap the whole year. 2016 was full of new travel experience. This year we were so lucky that we had the chance to travel and discover new countries, experience so many new things in our lives. We attended traditional Korean wedding, we visited Shinto shrime and traveled by shinkansen for the first time in our lives. We traveled mostly in Europe and Asia. In 2016 we visited the Land of the Rising Sun. And after 30 countries visited, Daniel finally visited Croatia (which is so funny because it is where most of Slovak people spend their summer holiday year by year since they are little kids.) Let´s get into our best travel experience in 2016.

On their way to the European Championship footbal match Daniel and his friends made a brief stop to the Amiens town. He visited majestic Gothic cathedral. He also went to see Jules Verne Museum which got him back to the childhood, the time when he read Around the world in 80 days and he was dreaming of travelling.

More about Amiens in article: France: Amiens, cathedral and memories on childhood 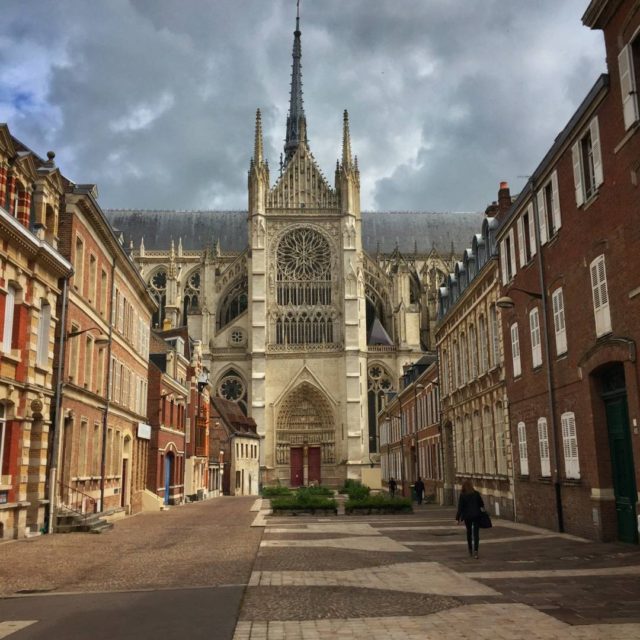 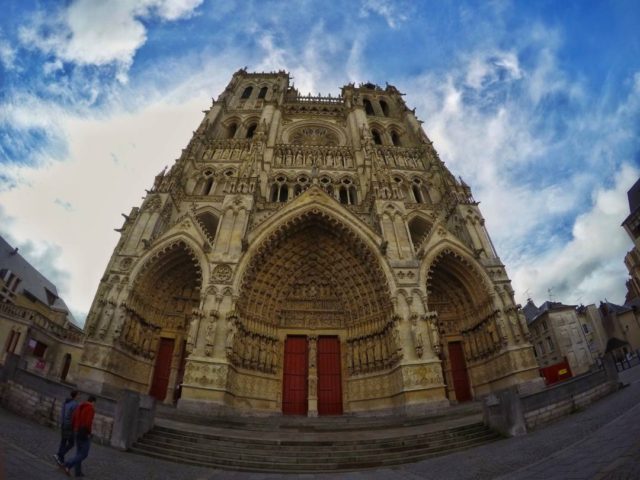 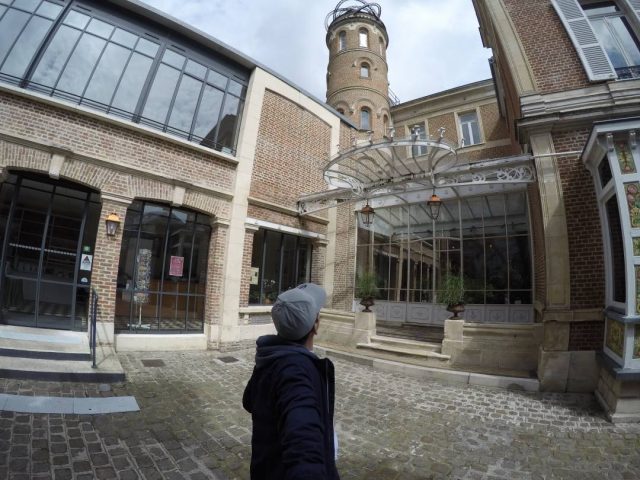 Podersdorf am See is a beautiful place, a small austrian village by the lake called Neusiedler see. It’s always amazing to come back here! In the summer of 2016, we visited this place several times. We love to relax on the lawn or on the beach by the lake, where you can also swim and rent a boat or paddleboard. There is also a magical lighthouse on the pier where we are taking walks. Or we are just sitting on the pier and chilling and waiting for the sunset.

DMZ – demilitarized zone is a border zone between South and North Korea. Going there was one of our most powerful experiences. The whole zone felt depressing – perhaps also because the weather was cold and cloudy, so it also created the atmosphere. There were soldiers everywhere… There is a viewpoint where you can look through binoculars and see a few houses of the North Korea. We got to thinking how lucky and privileged we are, that we have the freedom to travel. We take it for granted now, but it is not so long ago, when Slovakia was behind the iron curtain as well, and people had no freedom and chance to travel abroad.

More abou DMZ in article: Trip to the most guarded border area in the world – DMZ in South Korea 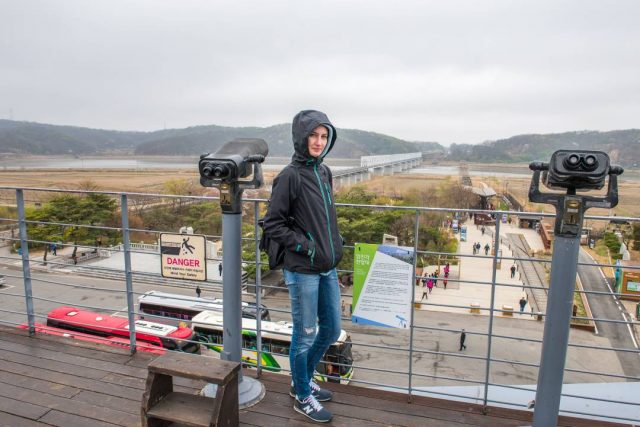 Imjingak village and the DMZ view 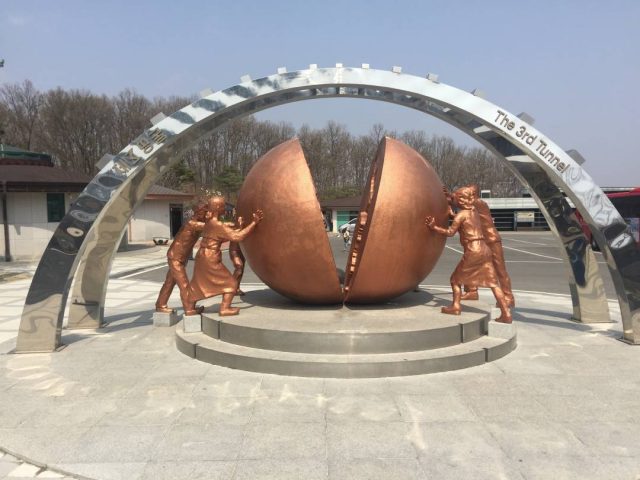 Vodice is a charming small town in Croatia where a lot of people from Slovakia or Czech Republic go for holidays. There is a lovely atmosphere there! Fells like a sleepy fishing port in a day, but in the night the town takes to life. So many people are walking the streets and promenade in the marina, enjoying local cuisine with fresh fish and delicious food in the local cafes and restaurants. This place has its very own charming atmosphere of the holidays. 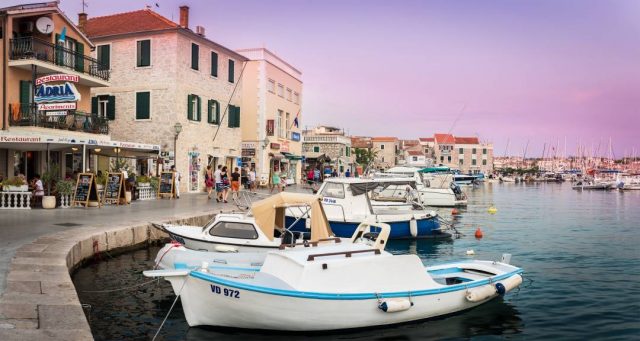 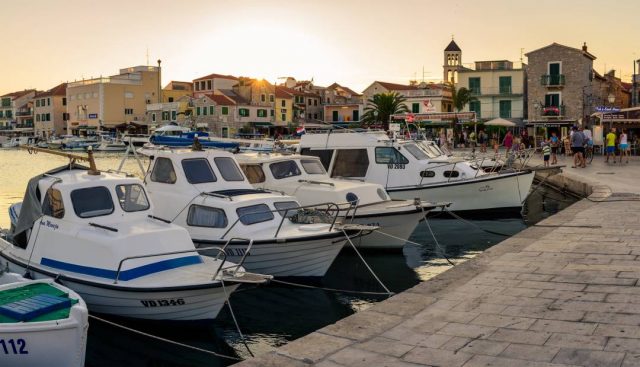 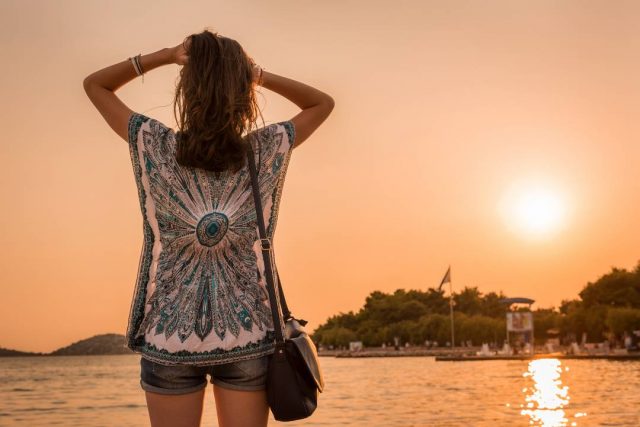 When going to Japan, we were the most excited about visiting Kyoto. It is a city of thousands of  Buddhist temples and Shinto shrines, beautiful Japanese gardens and delicious Japanese cuisine. We went to see Fushimi Inari-taisha shrine with its more then 32 000 orange gates. We also visited the golden Buddhist temple Kinkaku-ji, and other Buddhist temple Kiyomizu dera. In the night we were walking in the Gion district where you most likely get to see Geishas. Arashiyama – the bamboo forest was one of the most perfect places in the world.

More about Kyoto: TOP 5 places to visit in Kyoto, Japan. Don’t miss it! 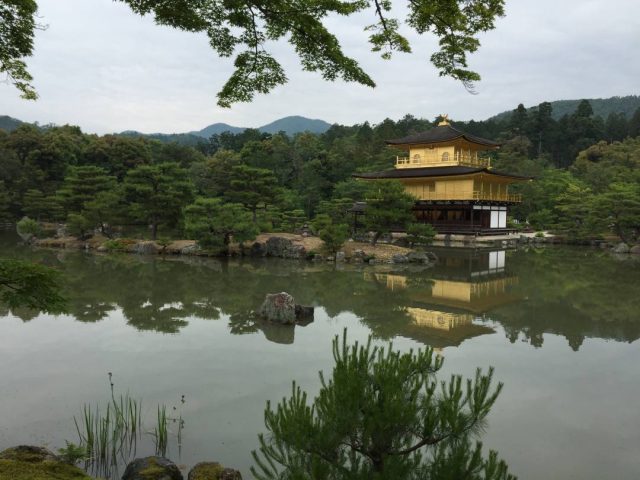 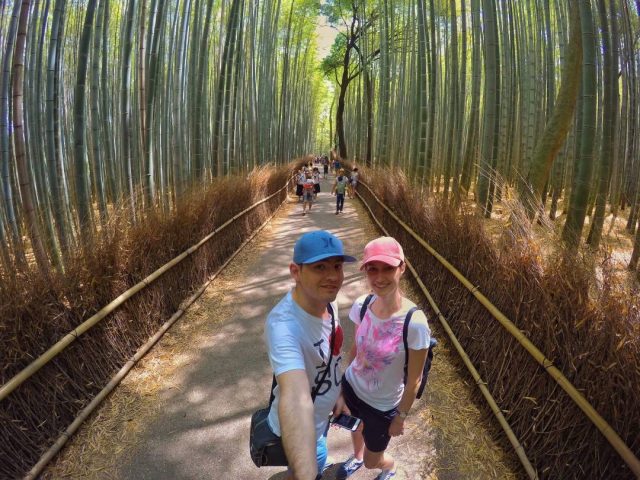 Prague is not a tourist spot for us anymore. We already did the sightseeing with all the magnificent places in Prague. Now we usualy go to Prague to visit the family, my brother lives there. He has a little son so most of times we are walking in the park or just chilling. We were suprised how many parks and places for families with kids there really are in Prague. 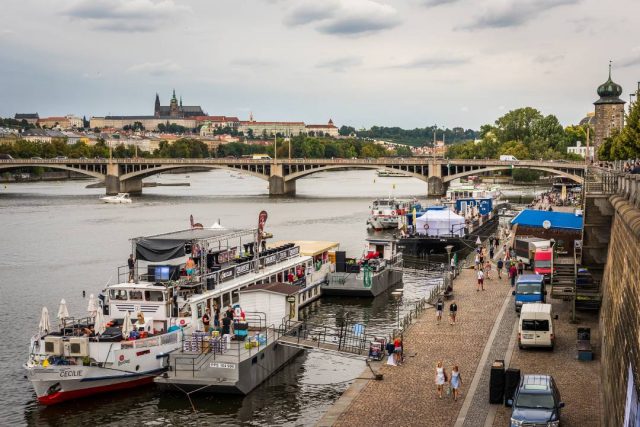 Croatia is such a beautiful country with an amazing natural scenery. We were driving down to the Makarska Riviera – village called Baska voda. It looks like the mountains are comming straight out of the sea and reaching 1 km above the sea level. There are pine trees, beautiful beaches and crystal clear water. Longboarding on the promenade in the Baska voda pier was so much fun! We definitely fell in love with Croatia and will come back! 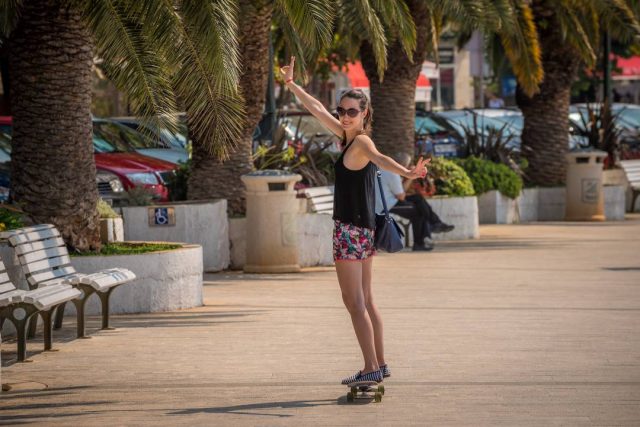 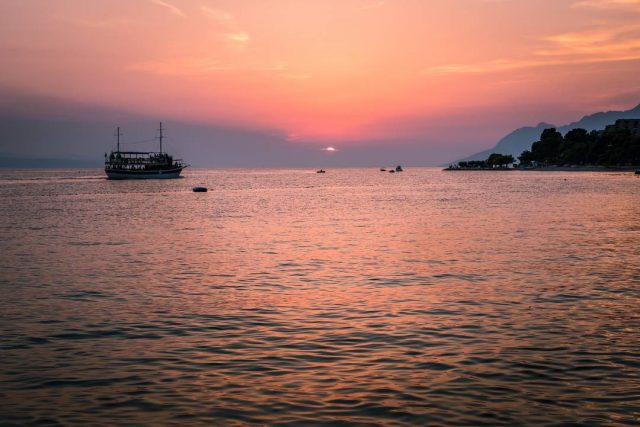 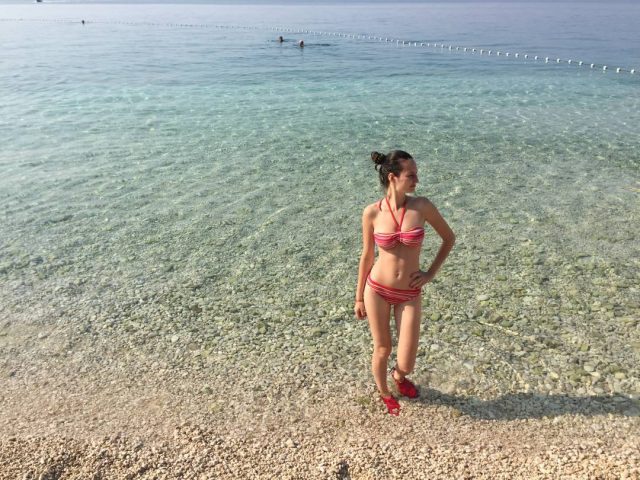 We visited Hiroshima one day before prezident Obama did. There were safety precautions like the lockers on the station were out of order, so we could not leave our luggage there (but we finally found out that we can leave our stuff at the travel office near the station).

Hiroshima looks like any other city in Japan. But it has its own terrible past, which is reminded by the Atomic Bomb Dome – a monument that survived the atomic bomb attack. There is also the Peace Memorial with the eternal flame in the park in the city centre. 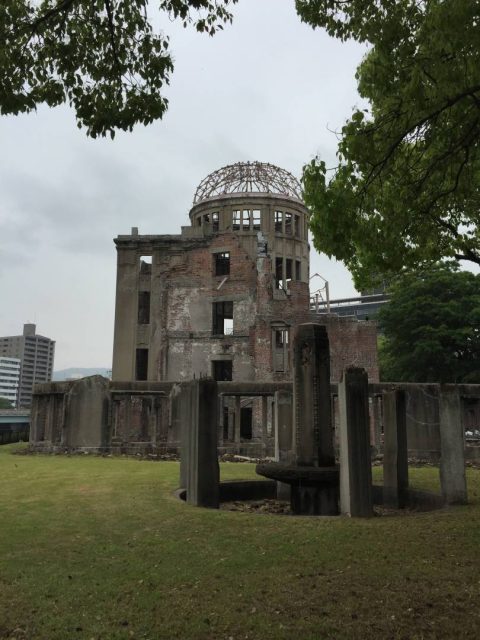 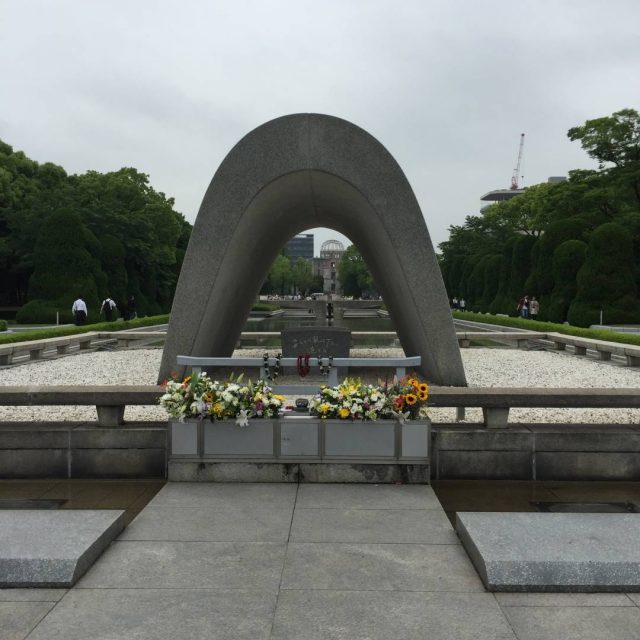 Nara is a must see when visiting Japan. It used to be capital of Japan in the past (701-794). We visited a Buddhist temple here called Tōdai-ji – which is one of the biggest wooden buidings in the world. We saw a Shinto shrine – Kasuga-taisha. One of the best experience was feeding of the deers that are freely moving in the whole park. This is how you do it: you take a bow, the deer takes a bow and then you can feed them. It is really fun experience 🙂 But sometimes the deers get very hungry or just greedy and they become too insistant, that they will not let you go until you spend all your food on them lol. 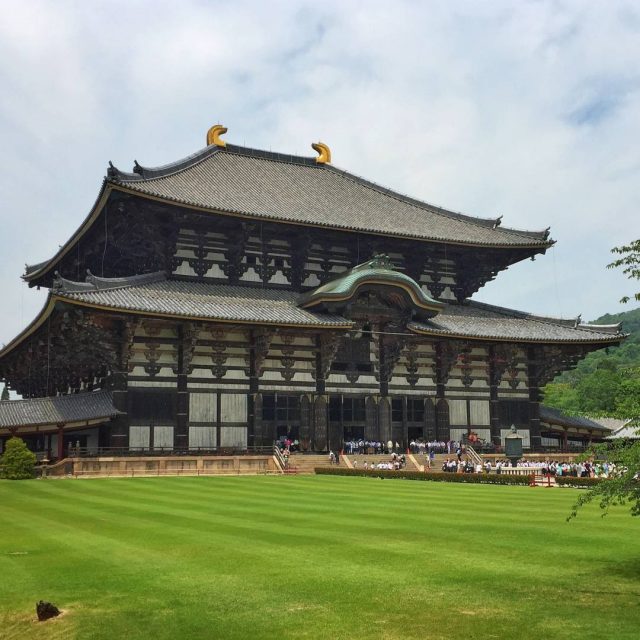 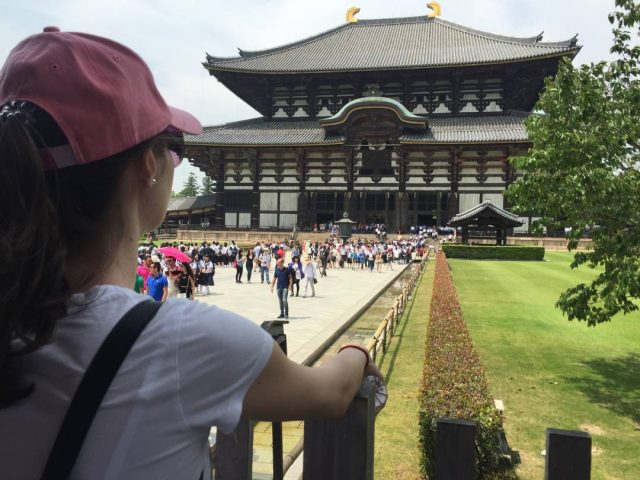 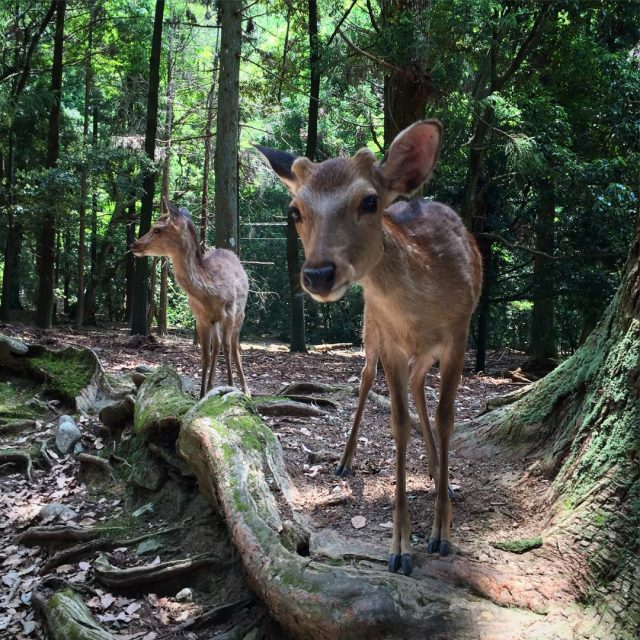 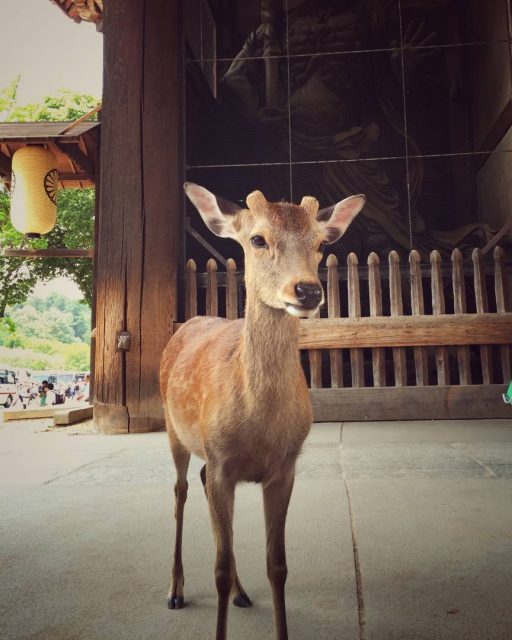 We didn´t really plan to go to South Korea but we got invited on our friends´ wedding. We could not say no to that so we we looking for the flight ticket for a while a booked the trip right away. Attending the traditional Korean wedding in Seoul was an incredible experience! It was so beautiful, full of traditional ceremonies. We were both wearing traditional Korean outfits called hanbok. Daniel was also in the wedding ceremony as a girukabi which is kind of like a best man. It was a beautiful day and top experience in 2016. 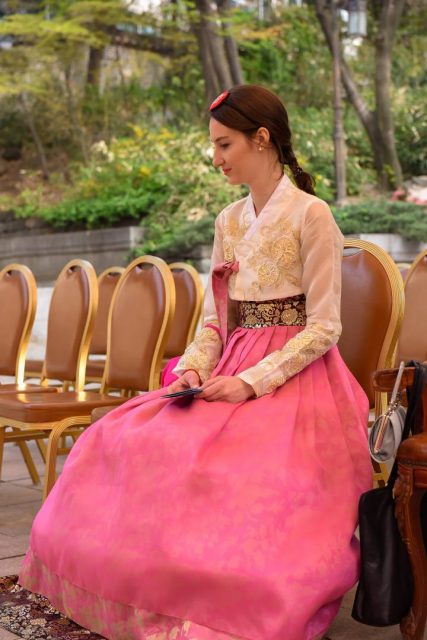 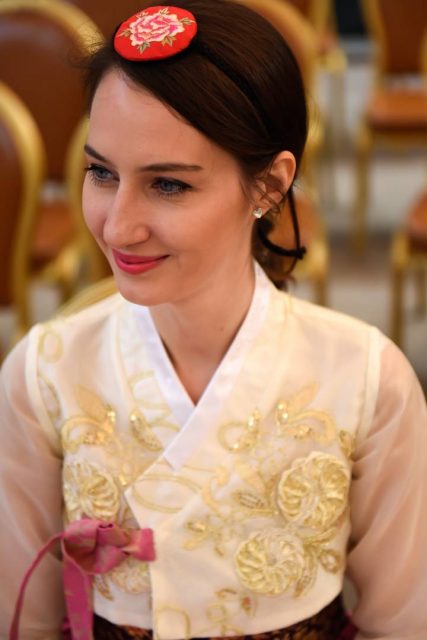 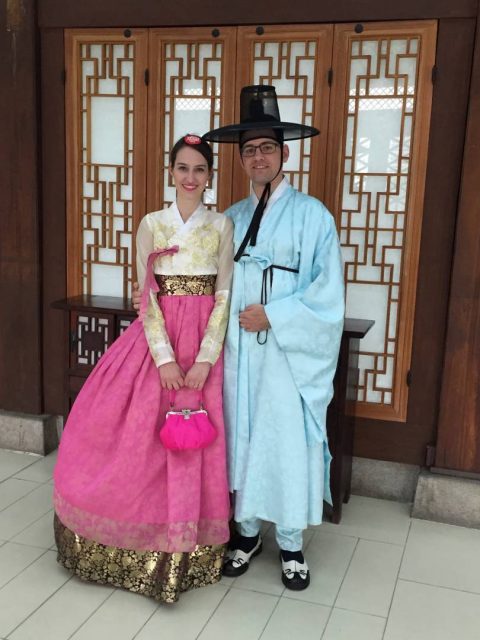 We wish you all the best in 2017 and lots of breathtaking travel memories. We already have some plans for 2017 and it is going to be amazing! Can´t wait! Don´t forget to follow our adventure on Facebook and Instagram.